We are fundraising to raise critically-important revenue to help fight impaired driving in Georgia. Will you help me support MADD Georgia’s mission of No More Victims?

On August 6, 2016, Jarrad Blade was headed to South Carolina with his girlfriend, for their first couples’ vacation, Jarrad Denard Blade’s life was tragically and unexpectedly taken.  Jarrad had just turned 32 years old a few months prior yet his life, his goals, his dreams were all cut short due to the recklessness of a drunk driver traveling in the wrong direction with no headlights on. His girlfriend was seriously injured and remained in ICU for months, changing her young life forever.

Jarrad was known by his infectious smile, kind words, and giving spirit. He spent his adult life mentoring, coaching, motivating, and building confidence in kids and anyone who was in his presence. He was a great leader and always put others before himself.  This King of a man left a legacy and path now referred to as the “The Blacklight” because HE illuminated others. Jarrad left a lasting impression on all he encountered. He will be truly missed and continually remembered by many. #Nomorevictims 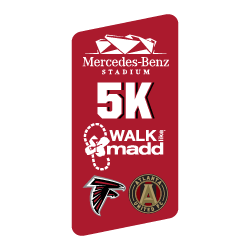 Brought to you by Atlanta Track Club

Crystal Blade is fundraising for Georgia Chapter of Mothers Against Drunk Driving
Share This Fundraising Page
Thanks for your message!